The Robert Wood Johnson Foundation has released a fascinating glimpse into data suggesting that childhood obesity may be declining in several US cities and counties. 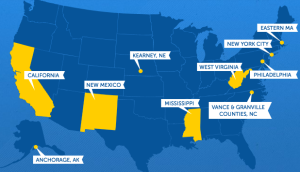 END_OF_DOCUMENT_TOKEN_TO_BE_REPLACED

Today’s PLoS Medicine includes our recent study attempting to answer a simple question: given the rise in many chronic disease risk factors (high blood pressure, cholesterol, diabetes, etc.) in rapidly-developing countries like India and China, which interventions might avert the most deaths from cardiovascular disease?

END_OF_DOCUMENT_TOKEN_TO_BE_REPLACED

This is a guest post by the computational epidemiologist Dr. John Ayers:

Most of us are aware of the “big data” revolution fueled by electronic information. It has been suggested that big data, along with hypothesis-free methods popularized by films such as Moneyball, will allow for an unprecedented growth of knowledge across disciplines, including epidemiology and preventive medicine. While I am a bit more circumspect in expectations (there is no substitute for survey data in many cases), I do believe that electronic data collected for a fraction of the cost of survey data can work hand-in-hand with research derived from more traditional sources.

END_OF_DOCUMENT_TOKEN_TO_BE_REPLACED

Soda and global obesity: are sugar-sweetened beverages relevant outside the United States?

While sugar-sweetened beverages (SSBs) have garnered much attention in the US given their associations with obesity and diabetes in the Nurses Health Study and a number of other assessments, a key question is whether this effect also translates to low- and middle-income countries where both domestic and imported beverages are becoming increasingly popular. In an article just published in the American Journal of Public Health, we looked at this question using the soft drink industry’s own statistics, merged with comparative survey data on weight status and diabetes across the globe.

END_OF_DOCUMENT_TOKEN_TO_BE_REPLACED

Is there a food stamp-obesity paradox?

Ever since the observation in 1995 that hunger and obesity co-existed among children, a flurry of research has sought to answer the question of whether those who are more “food insecure” are most likely to also become (ironically) obese. Many studies have now correlated participation in food stamp programs (since renamed the Supplemental Nutrition Assistance Program, or SNAP) with obesity. One in seven Americans are now on food stamps after the recession, so this finding may have important implications for the overall obesity epidemic. It may also seem like obvious selection bias to correlate food stamps to obesity; those who are poor are more likely to eat calorie-dense and cheap food, becoming both stuffed and starved. But a new study comparing food stamp users to eligible non-users found that the stamp users were disproportionately more likely to eat unhealthy foods. What’s going on here, and what should we do about it, if anything?

END_OF_DOCUMENT_TOKEN_TO_BE_REPLACED

As CDC researchers warn us that the American obesity epidemic continues to profoundly affect the populations of most states, we ask the question: what does the country’s future waistline look like? This week, our colleague Tony Shin shared with us an infographic of America’s obesity epidemic–answering the question of how much obesity costs our country in both health and economic terms.

END_OF_DOCUMENT_TOKEN_TO_BE_REPLACED

Alcohol use around the globe: new data trends

Along with salt, sugar and tobacco, alcohol stands out as a key “risky commodity” affecting global rates of noncommunicable disease. In this post, we look at new epidemiological surveillance and industry data on alcohol sales and consumption from around the world. We look into what populations are most affected by alcohol abuse, and what policy responses seem to have been successful in reducing morbidity and mortality from risky drinking.

END_OF_DOCUMENT_TOKEN_TO_BE_REPLACED

Sick societies: responding to the global challenge of chronic disease 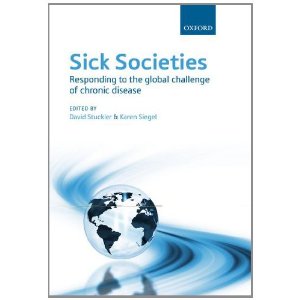 With one out of every three deaths in the world now being caused by four types of chronic disease—heart disease, respiratory disease, common cancers, and type 2 diabetes—what path should public health practitioners take to stem the rising human and financial cost of non-communicable diseases? David Stuckler and Karen Siegel have edited a new data-driven tome that addresses this question better than any text I’ve seen to date—providing essential reading both for epidemiologists and public health campaigners looking for data and guidance in their movements for healthier foods, cleaner air, and access to essential medicines and primary care medical homes. In this week’s post, we review the key conclusions from their new book Sick Societies.

END_OF_DOCUMENT_TOKEN_TO_BE_REPLACED

Are we effectively controlling tobacco? A look at the industry’s data 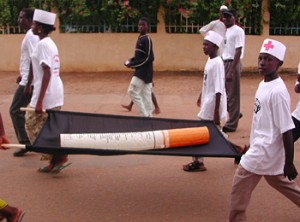 If BMW made a car that was sold to one billion people worldwide, and had a fatal mechanical flaw–it locked passengers into their seatbelts and suddenly accelerated uncontrollably, crashing and killing half of its owners–surely the car would be pulled immediately off the road with great scandal, and probably tarnish the company’s reputation for decades. But today, tobacco is sold to about one billion people worldwide and kills almost half of them; it requires about five to seven attempts on average to quit smoking because of addictive materials in tobacco products; and while sales have diminished in the United States, they are accelerating and even being sponsored by governments in some low- and middle-income countries, where 80% of smokers live. In 2003, the World Health Organization signed the first global health treaty, the Framework Convention on Tobacco Control (FCTC), legally binding 174 signing countries to minimum standards that govern the production, sale, distribution, advertisement, and taxation of tobacco. In this week’s post, we look at data from the tobacco industry itself to understand how well efforts like the FCTC are working, and to determine where greater efforts in tobacco control may be needed in the future.

END_OF_DOCUMENT_TOKEN_TO_BE_REPLACED

Data from over 200 countries collected since 1980 has revealed steady increases in obesity in every region of the world, including in most low- and middle-income countries. The international medical journal The Lancet recently published a series of papers highlighting the latest data about what’s driving global obesity, and what we can do about it. In this post, we review key findings from the articles and look at several questions addressed by them: what is the size and nature of the problem, what is driving its global increase, what will the future obesity burden be under a business-as-usual scenario, and what action is needed to reverse the trend?